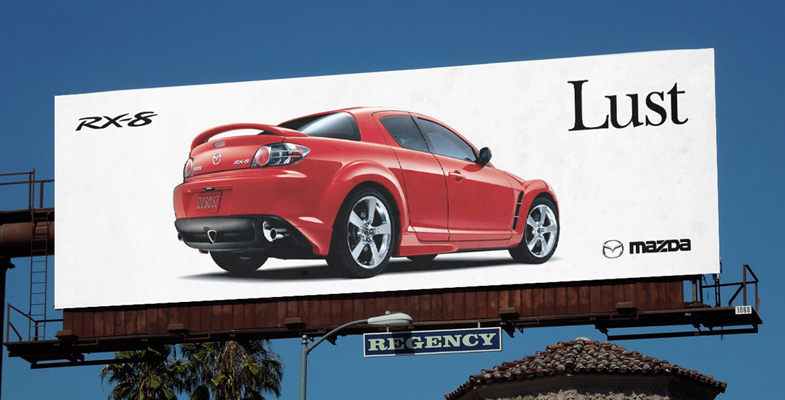 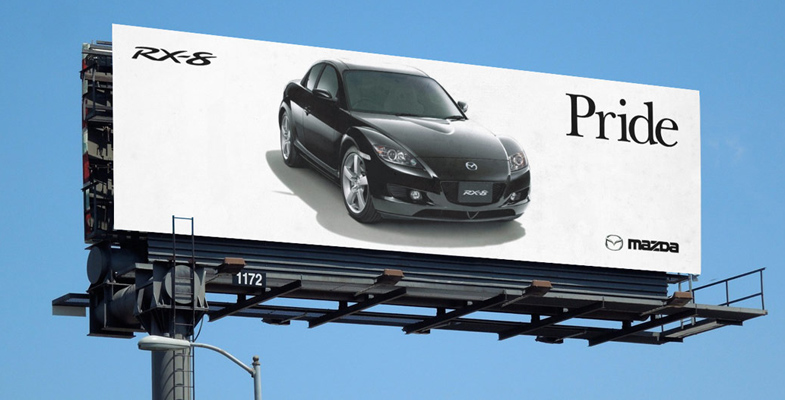 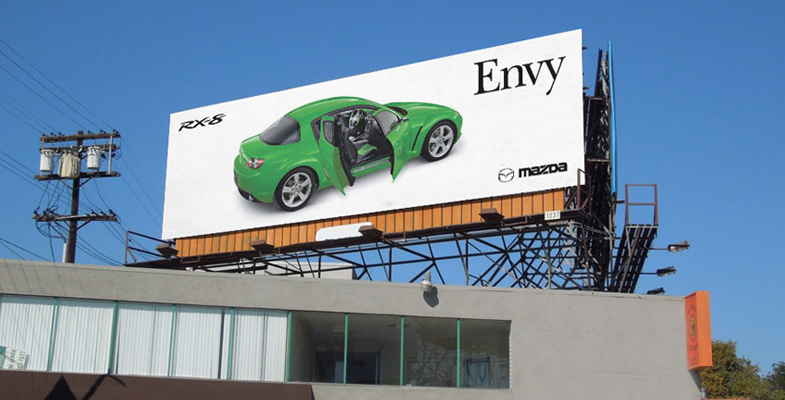 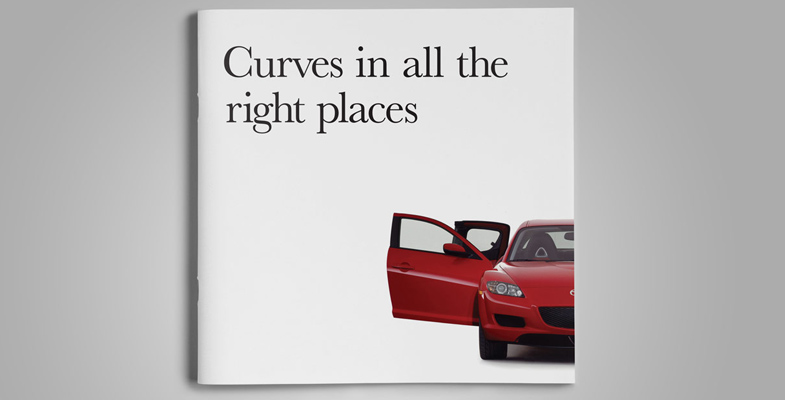 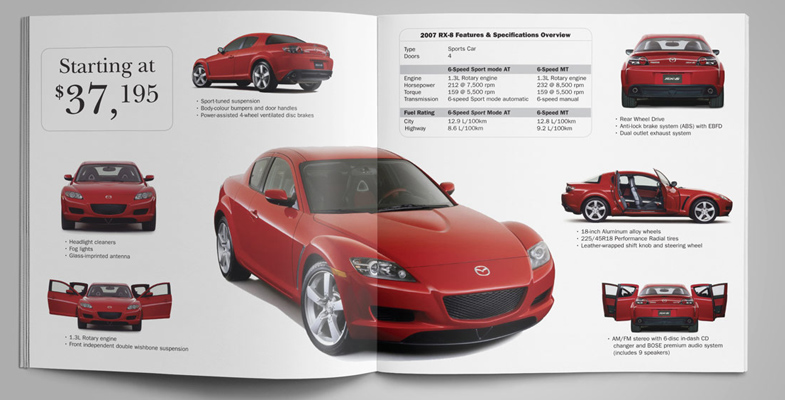 This was a campaign concept focusing on Mazda’s sporty RX-8. Being the manliest car in their lineup, I played on those stereotypes and the deadly sins that might be committed when seeing one these shiny toys. This campaign involved a three-part billboard set, a direct mail brochure, and a catalogue.

One of the concepts I came up with when I was brainstorming taglines was, “Made you look.” Several months later, I spotted that very tagline on a Volvo billboard. I guess it was a good one.