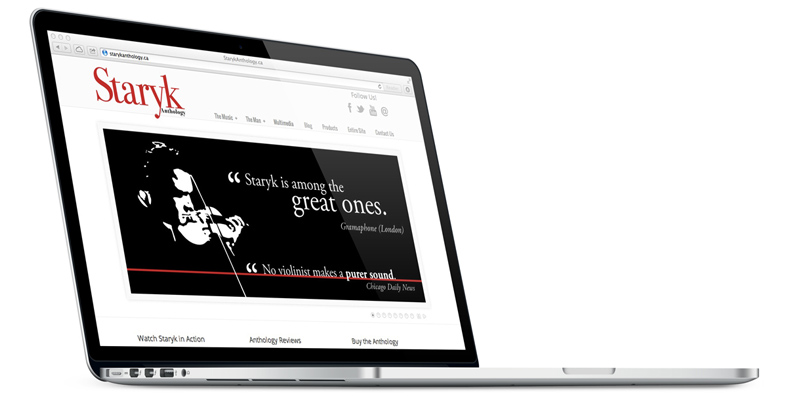 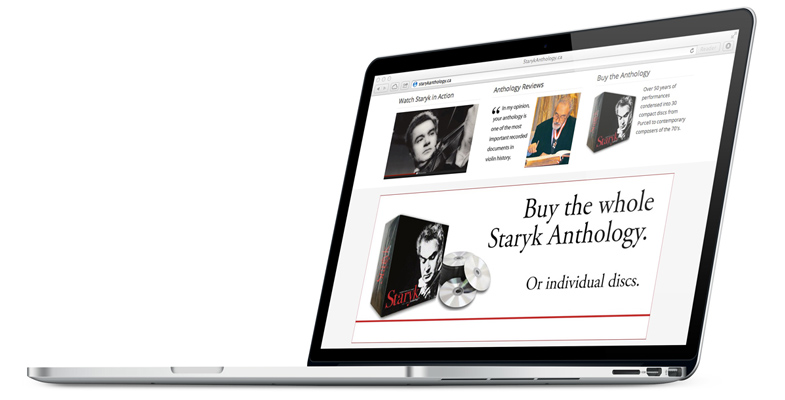 When a legend needs a website to sell his anthology, I will take a stab at it.

Order of Canada violinist Steven Staryk released a 30-CD Anthology covering his 50 years of performing. He commissioned me to design a website that would represent him as an artist, telling his story, but also providing a means for visitors to purchase the Anthology. Since that original plan, the site is in it’s second version, offers info and reviews on a new collection of CD’s he has recently released, and serves as a hub for all-things-Staryk.